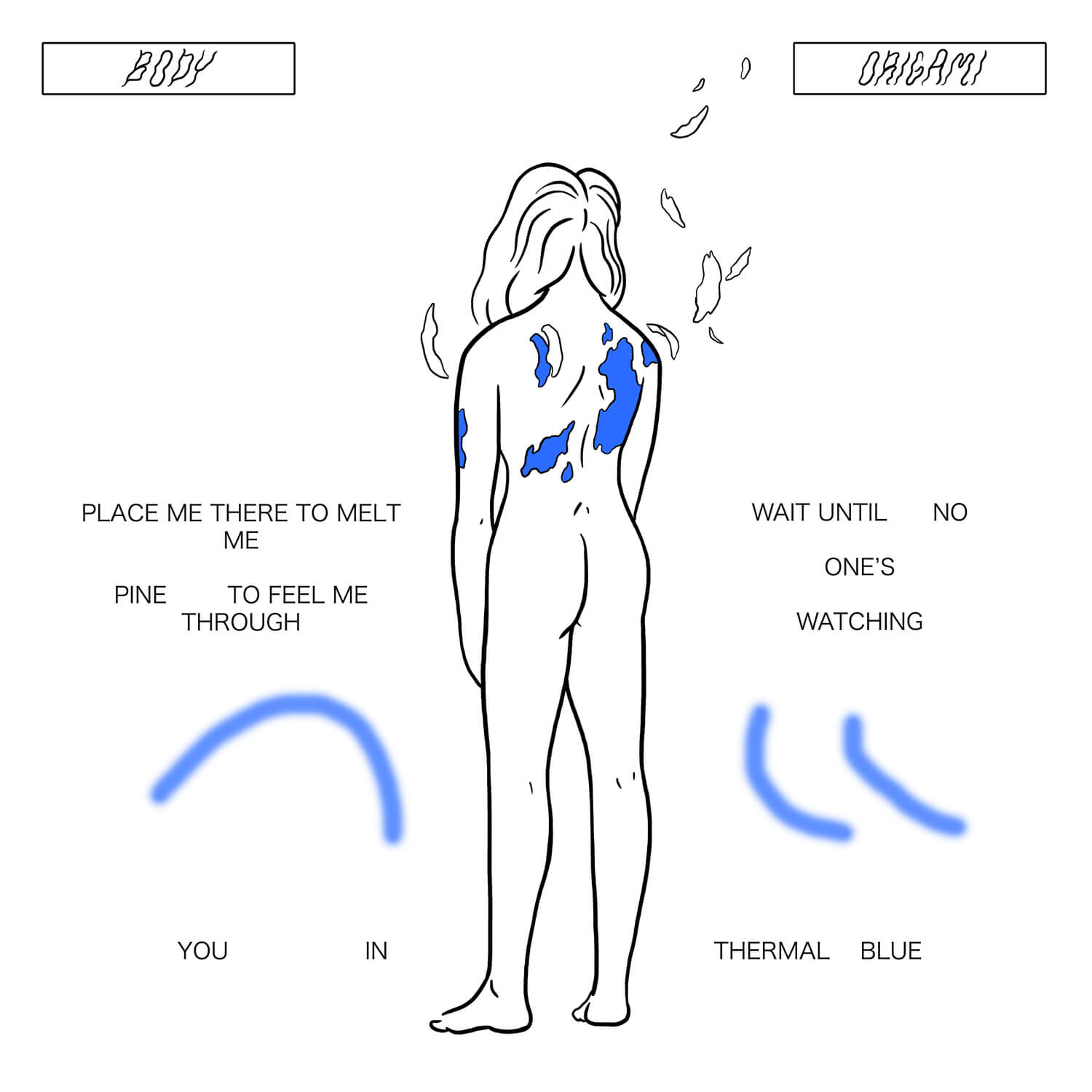 Nashville, TN’s Nest seemed to die with a whimper sometime in 2015 having only released Hadal, their four and a half song debut, and a couple acoustic b-sides. But the truth is less dramatic: Its members merely renamed the band Body Origami and opted to mute the metallic jangle of their former sound. That said, their newest EP Thermal Blue sounds like the disembodied spirit of Nest—the same expansive sound and swelling, easing dynamics—despite this new identity.

The first side of Thermal Blue seems more spectral than the second, particularly “Garden Wave,” the record’s first track. Here, Kyle Merriman’s guitar resonates with the depth of a piano, warm and rich, especially with Evan Davis’s bass humming beneath it. Merriman and Davis’s vocals alternate as they haunt the song, with one voice tinnier than the other’s more tarnished timbre. They share a hushed tone on “Tangle Drift” as well, their syllables long and spare as the guitars quietly bubble beneath them. Immediately, Thermal Blue seems to express Body Origami’s quieter, more intricate, more intimate tone.

It’s the EP’s second side where Body Origami seems to channel its past life, if only subtly. At first, “Bright Hunger” snakes through the same sort of shadows cast on Hadal, its dark, disoriented tone intensified by Pete Wanca’s hesitant but calculated beat. But the song blooms more quietly and colorfully during the chorus than its trajectory might suggest with Merriman and Davis’s voices lean together in harmony as the melody drizzles around them. The song turns down a dirtier worm hole during the bridge; here, Merriman’s poetry (“The moss peels off / And blue fades in my green / The coffin's soft / No reason to leave / No reason to leave”) pushes toward dramatic and complex climax whose syncopated, blocky beat stirs the song into a soft frenzy, where guitars toll and whir and roar, where the airy vocals float in airy wisps above an otherwise cloudy corporeal landscape.

It’s only three songs long, but Thermal Blue is the sort of record that lingers. Certainly, these songs aren’t catchy in any conventional way, nor do they employ any silly pop sensibilities. Instead, their moody, delicate melodies reverberate in one’s memory long after they are gone, like a ghost that can’t find the light. And maybe that’s what Body Origami was going for when they quietly snuffed out Nest—to exorcize the more subtle, splendid spirit of their louder incarnation and give their band a new life.