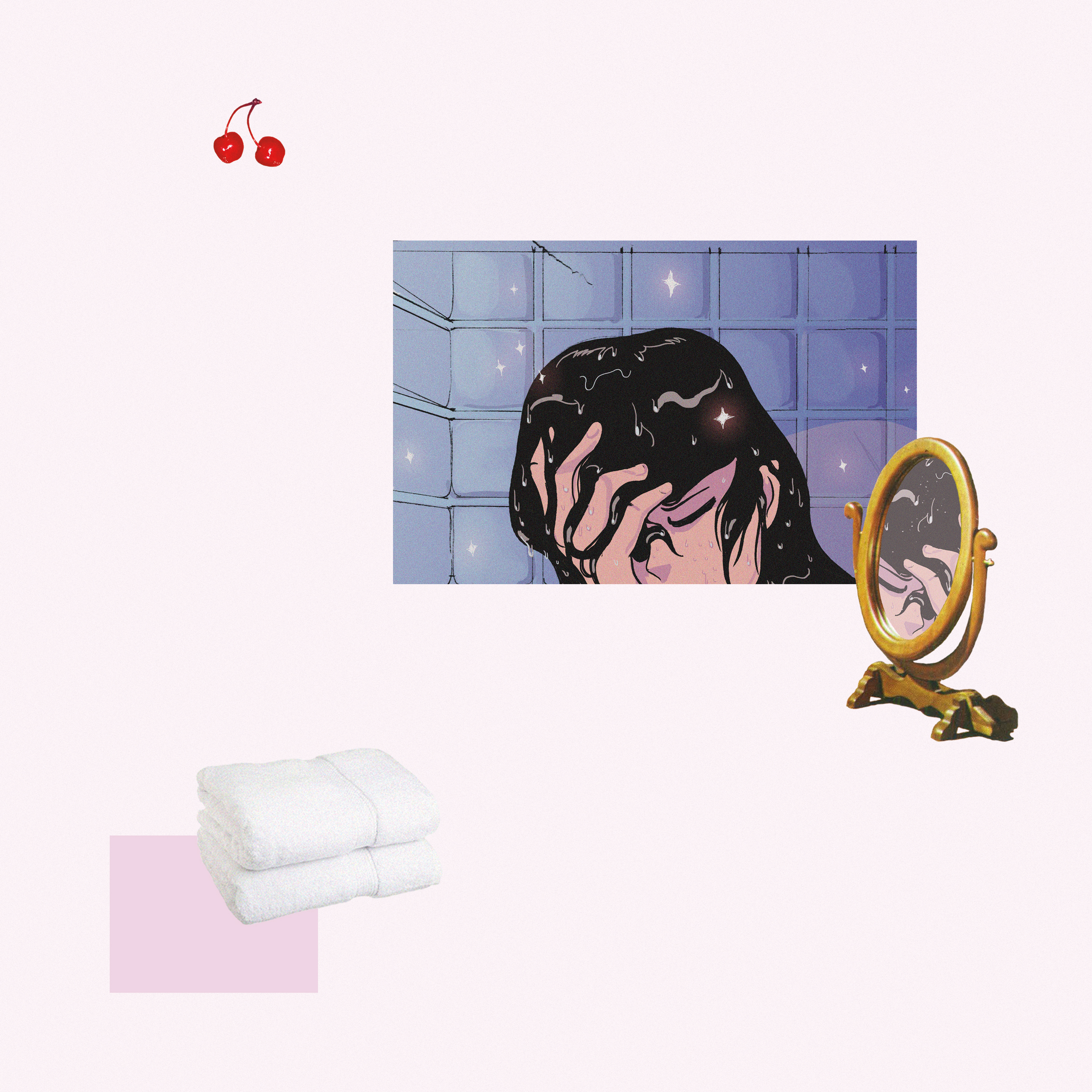 When we talk of atmosphere in music we tend to think of records that stir something definitive within us; recalling certain places and events. Triathalon undoubtedly create distinct environments of their own, but there’s always been something untouchable about it, like being allowed to wander through a world that wasn’t built for you. Where water replaces air, where the space between things holds a physical form that can be twisted and manipulated.

In real terms, that spellbinding aura comes from the juxtaposition that runs throughout their work, the band’s effortlessly tender pop constructions, that drift between Childish Gambino-esque subtleties and Homeshake’s phenomenal eye for detail, always closely followed by a shadow, ever present but never quite strong enough to truly envelop the brightness.

Brand new album ‘Online’ is the band’s first full-length work since moving from Savannah to New York, and it’s a relocation that seems to have have a marked impact on this new chapter ; the sticky, claustrophobic nature of the city’s beating heart always audible and existent, even in the record’s quietest moments.

Introduced by lead single ‘Day One’ and it’s indicative of those aforementioned sentiments; the darkly sumptuous face it presents counterbalanced by lyrics that swim against that otherwise sweet tide: “Can I tell you something? I’ve been up to nothing / Demons in my eyes like I’m feeling ugly / Hoping that I’m high so they make assumptions / My fingers to the sky so they see em coming,” they sing, over a brooding backing track that throbs like the distant noise of a city life we’re ultimately detached from.

Never has that balance between light and dark been better realized, and it’s a trait that adds deep levels to that signature Triathalon sound. These are the woozy hours of the morning, where conversations are freed up by a loss of inhibition, where we dream of sunshine in the dark corners of a room, where the barely-lit streets, punctuated by the orange glow of streetlights, seem to lead to places the day would never allow.

Based around inventive instrumental loops and sweet pop vocals, which shift between weightless and heavy with one soft sigh, the trio have crafted thirteen tracks that showcase their most detailed and engrossing work to-date. Laid-back, R’n’B jams are the records defining feature - opening track ‘3’ is an engrossing five-minute entry-point; the previously-released Bad Mood still feels captivatingly weightless - but we also get radiant instrumental jams (Plant’s jazz-like 90-second interlude) and tender, skeletal ballads such as closing track ‘True’; a sprawling five-minutes of sumptuous idiosyncrasies.

Beginning with a sprawling and playful five-minute and closing - some forty-six minutes later - with a gently restrained ballad that recalls Frank Ocean in his most thoughtful guise, Online isn’t just an inspired next stride forward from Triathalon but a bold, daring, and gleaming record in its own right, one that challenges, contorts, comforts, and confounds; a carousel ride through the most colorful of dreamworlds.