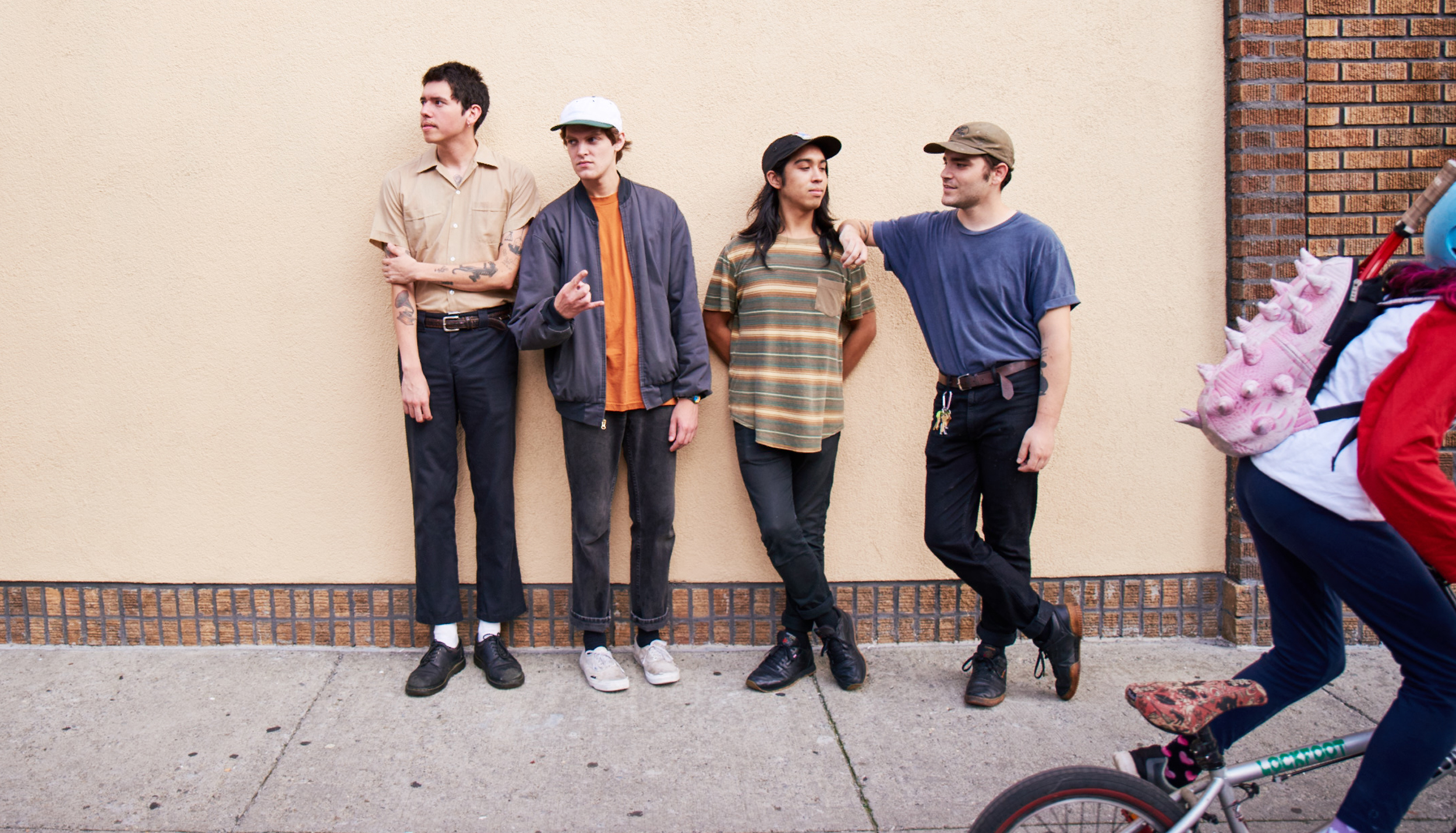 Wikipedia dot org-- the modern millennials most trusted fact source, defines a collage as “an assemblage of different forms, thus creating a new whole.” Brooklyn, New York’s Hypoluxo make music that is, in every sense of the definition, a collage. WIth their signature calm, cool, and collected disposition; the band pulls off a somehow-seamless smattering of shoegaze, indie rock, and dream pop. Vocalist/guitarist Samuel Jacob Cogen and guitarist Cameron Riordan forge distant yet warm melodies that float over a subtly funky and driving rhythm section; comprised of bassist Eric Jaso and drummer Marco Hector Ocampo. Motivated hooks and choruses infiltrate a shimmering and spacey atmosphere, and preclude any notion of apathy. As they construct method out of madness, the band executes repeatedly changing time signatures with grace and poise. All the while, not a single note feels arduous. The quartet’s delivery is so nonchalant it’s almost smug. Like a grand sigh of relief, each moment unfolds with inhibition, encouraging listeners to sink further and further into the deep state of relaxation we all so desperately long for.

Cogen’s vocals are without question one of the most striking and defining features of the band’s unique sound. Said vocals can be characterized by their polished and satiny quality, undoubtedly contributing to Hypoluxo’s captivating, almost hypnotic overall nature. Smooth yet strong, like a high quality alcoholic beverage, his deep-toned voice may catch those unfamiliar with Hypoluxo off guard. Yet he is anything but fazed, as sincere and eloquent lyricism pours out of him with ease.

Their sophomore full length release, Running on a Fence, exemplifies the newfound confidence in Hypoluxo. Following their debut 2016 LP, If Language, the new album illustrates an immense growth within the group. With a sound just idiosyncratic enough to prevent them from being quite like anything else out there, yet unmistakably drawing components from widely appealing aesthetics, the band has clearly caught their stride and come into their own. Songs like “Insecure” and “Midnight Snack” demonstrate their ability to compose an infectiously catchy tune. While standout track “Character Driven” finds the band wandering into unchartered territory, dipping into a borderline-country aesthetic without succumbing to the cliches of the current and ephemeral “alt-country” trend.

Hypoluxo’s eccentric sound may make them hard to place among their fellow indie rock peers. But it leaves a lasting impression; an impression which inevitably results in listeners being left with a craving that only Hypoluxo themselves can satisfy.